IN SEARCH OF A WILD PLUM 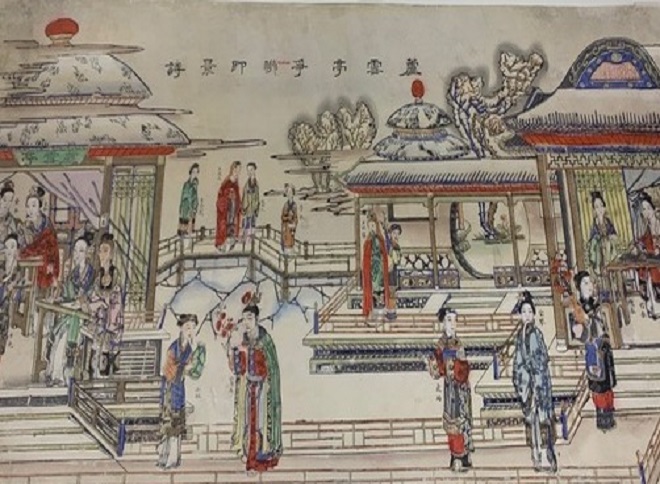 On February 2 The State Museum of Oriental Art presented the exhibition "In search of a wild plum" dedicated to the Chinese New Year.

On February 2 The State Museum of Oriental Art presented the exhibition "In search of a wild plum" dedicated to the Chinese New Year. This holiday of the coming spring is celebrated according to the lunar calendar.

Among the exhibits you can find about 100 museum items: popular prints, women's costumes decorated with embroidery, "winter" items for the scientist's table – glasses for brushes, water vessels; bowls and teapots for wine and tea, vases, caskets, scrolls, album sheets and fans.

The exhibition is dedicated to one of the main symbols of the Chinese New Year. There is still snow around, and a small tree of wild plum Mei is the first one to anticipate the approach of spring. Small white or pink flowers appear on its bare leafless branches.

The vitality of this plant has attracted the attention of poets and painters for centuries. In the early Middle Ages poets went to the mountains to admire the snow-covered landscapes, hoping to see the blooming Mei. In the most picturesque places, they brewed tea and recited poems, thus marking the beginning of the "plum style" in Chinese poetry. There are the names of two poets, famous for their special commitment to this custom – Meng Haoran (689-740) and Lin Bu (967-1028).

Following the "plum poetry" in China "plum painting" appeared as a kind of bird-and-flower painting in the 10th century. It was especially popular with artists who sought to reflect the laws of the universe in any "small" natural motifs. The compositions presented at the exhibition on scrolls, album sheets and fans are made in both monochrome and polychrome techniques and show many variations of this favorite motif.

At the exhibition there are three popular prints created in woodcut technique. The paintings are distinguished by a peculiar artistic style, where a simplified interpretation of figures and objects prevails, sometimes with an almost ornamental elaboration of minor details and natural motifs. Popular prints with literary plots were especially loved. Two paintings from the collection of the State Museum of Oriental Art are associated with a famous Chinese novel by Cao Xueqin "Dream of the Red Chamber" (18th century). The main character of the novel is depicted on the print, named "Gazebo of lotus fragrance". And the composition "In the gazebo of reeds under the snow" reflects an episode of the novel dedicated to a poetic contest.